The Patio Boys of Northern Kentucky Take A Hike

Each time Bob Pauly goes backpacking with his friends he takes a journal along and jots down notes during the trip.  Pauly started doing that in 1996. He filled up one notebook already and he's close to finishing off a second one. His most recent entries are about times spent on the trail with a group of guys between the ages of 49-60 who call themselves the "Patio Boys."
"We adopted the nickname because we look like a bunch of suburbanites who prefer to sit on our patios and drink cocktails," Pauly said.

They all have homes in the suburbs, but they look forward to getting away for awhile and going hiking. Of course, it's not a very relaxing vacation. They spend most of the time walking on rough trails with 50-pound packs strapped to their backs and sleep on the ground in small tents.

"I don't know why I like it," Pauly said. "I would never say it's fun. It's hard work, but when you're out there you know it's worth it."
Pauly, 54, of Crescent Springs, plans all of the Patio Boys' backpacking trips. He said they've hiked every trail he knows of in Kentucky and several in the Great Smoky Mountains National Park.

In his journal, Pauly keeps track of the miles they log on each trip and the number of nights they spend around the campfire.
"We usually don't go more than 25 miles (during a trip)," Pauly said. "That's why our name is the Patio Boys.  We don't mind roughing it, but we don't want to take it to the extreme."

Last July, eight of the Patio Boys decided to take on a much bigger challenge. They made a trip to Glacier National Park in Montana where they spent four days and three nights backpacking through the rugged peaks and glacier-carved valleys in the Northern Rocky Mountains.

It was an expensive trip, but none of them regret the money they spent.

"Most of the time we have to hike for miles and miles just to get to a scenic spot," Pauly said. "Out there, everywhere you looked was scenic."

The other Patio Boys who made the trip to Montana are John Curtin, John Hennessey, Dave Heidrich, Paul Guenthner and Steve Haughey, who all live in Villa Hills, Mark Neikirk of Crescent Springs and Bill Ankenbauer of Crestview Hills.

They had to ford icy cold streams and trudge through snowfields during their four-day trek in the Rocky Mountains. They also had to deal with some drastic changes in weather.

On the second day of the hike, they started out in pouring rain. The temperature eventually climbed to 90 degrees, but a short time later they were hammered by hail and strong winds.
"The wind would catch on your backpack and you had to keep it from knocking you off the trail," Curtin said. "The path was only 3-4 feet wide and there were drop-offs that went down probably 300 feet or more."

Each member of the group went at his own pace. Hennessey was the first one to reach the peak and he celebrated with a loud scream that echoed down the mountain.

After they all crossed the Continental Divide and started their descent, the group came upon a picturesque campsite where they saw seven cascading waterfalls running into a clear, blue mountain lake.

"That's one of the reasons you go backpacking," Pauly said. "You get to see things that people who don't go backpacking will ever see."

The hikers pitched their tents close to the lake and some of them went trout fishing.
Neikirk had an expensive fly rod and Heidrich had a cheap plastic casting reel, but they both landed a good number of fish.

When the group got back to the campsite, Neikirk cooked the trout over an open fire and Pauly passed around his journal so his friends could make notes about the trip.

"The outdoor adventure of a lifetime has lived up to all our expectations," Curtin wrote on one page.

Guenthner's entry was much more expressive. He wrote: "Mental and physical challenge with great rewards. Great sense of accomplishment climbing over the Continental Divide. Well worth the aches, pains and fatigue."

Ankenbauer took digital photos along the trail that he e-mailed to his backpacking buddies. It was an adventure they will all be talking about on their backyard patios for years to come.

"We all said it'll be hard to top this. After Glacier, nothing will be the same," Pauly said. "But I told them it's not where you go that matters. It's the journey along the way and the commraderie you share with the other people that makes it worthwhile." 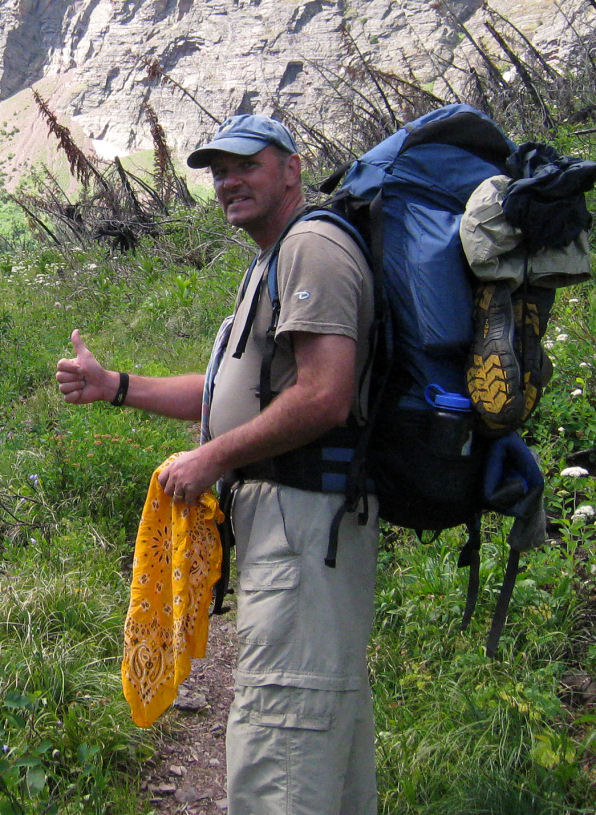 Bob Pauly on the Trail 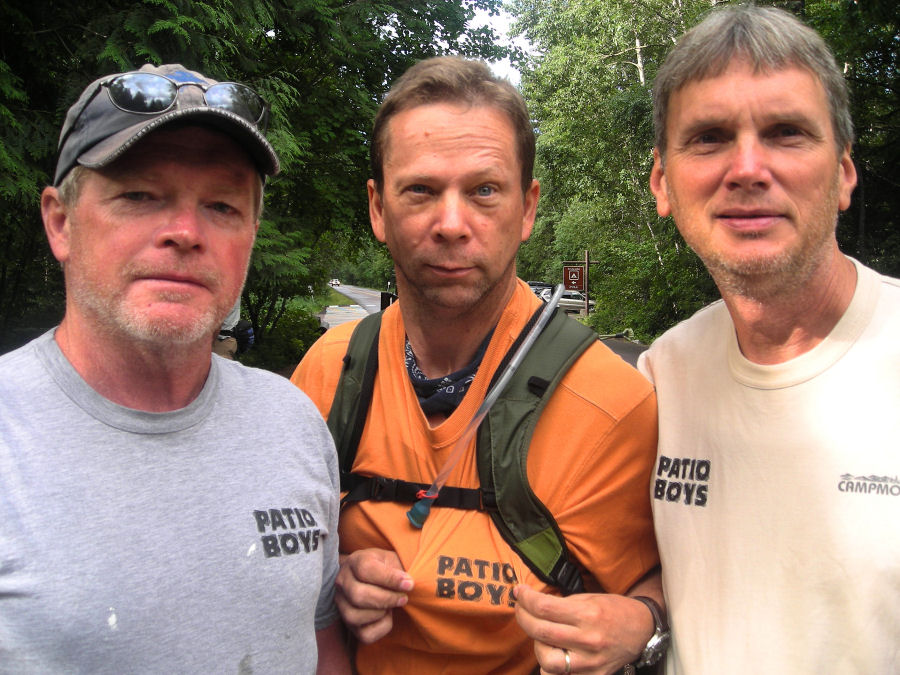 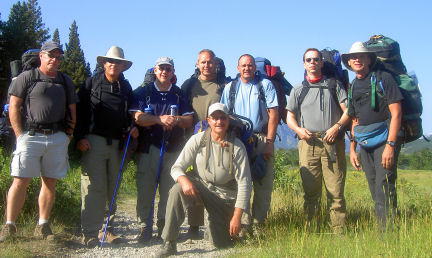 Heading out on the trail: